Situated in Resorts World Sentosa (RWS), a multi-billion dollar development situated on Sentosa island, Hard Rock Hotel Singapore cost an estimated $223 million to construct. Part of the famous Hard Rock chain, music is at the heart of this hotel.

The Hard Rock Hotel Singapore combines modern, cutting-edge design with energy and glitz. Built to make you feel like a rockstar, this hotel also takes the spirit of Singapore and blends it with their vibrant collection of music and memorabilia. 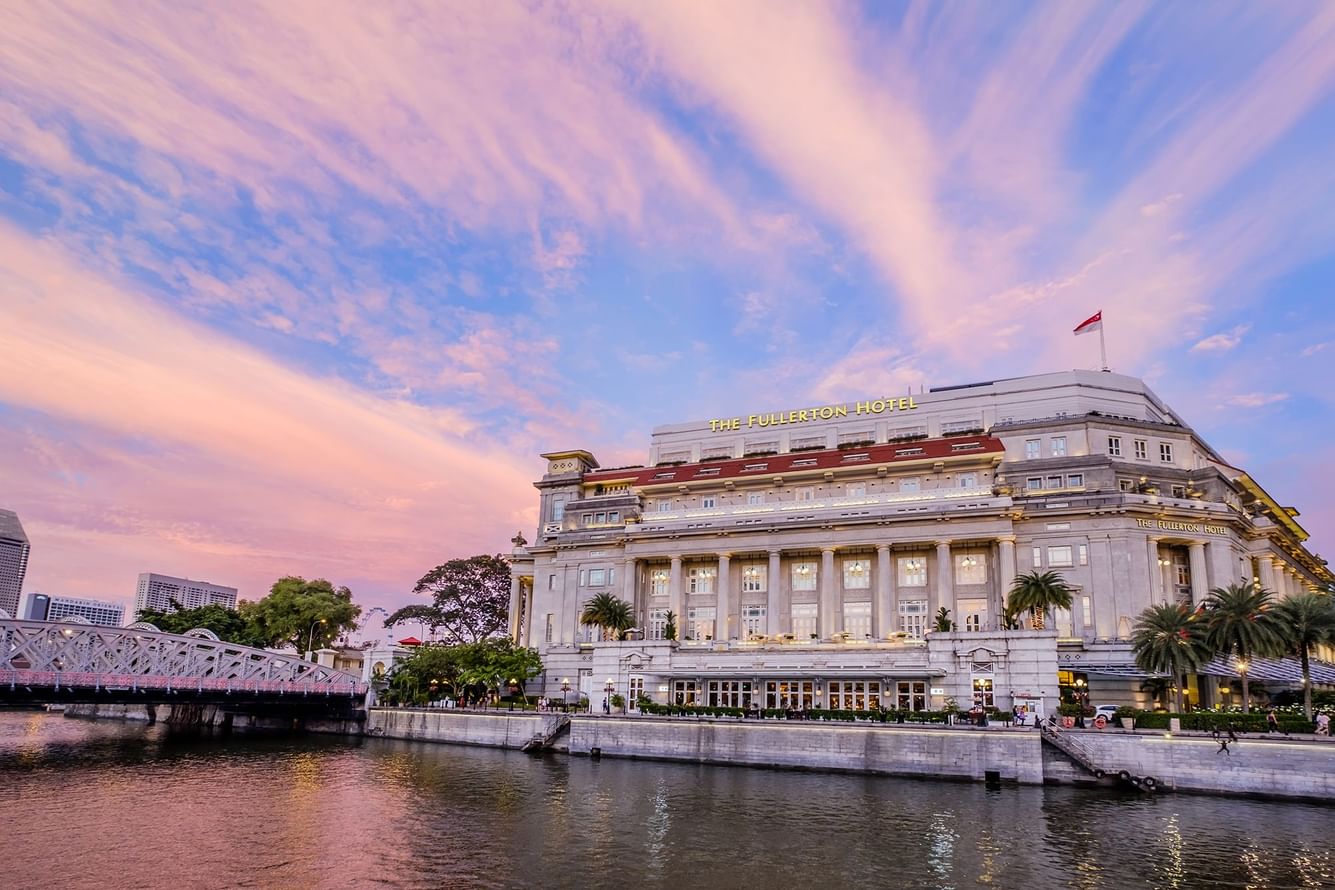 Fullerton Hotel sits on the bank of the Singapore River | @fullertonhotels

In the Downtown Core of the Central Area of Singapore, The Fullerton Hotel Singapore is a five-star luxury hotel that is close to the mouth of the Singapore River.

Originally known as the Fullerton Building, it was constructed in 1928 for a price of $4.1 million, which, after accounting for inflation, comes to around $71 million today. Sino Land bought the Fullerton Building in 1997, and after a $300 million restoration, the building became the recognizable hotel we see today, costing a total of around $371 million to construct.


Esplanade - Theatres On The Bay

The Esplanade is known for its iconic 'durian' structures | @thehoneycombers

Esplanade - Theatres on the Bay, usually referred to as Esplanade Theatres or just The Esplanade, is a performing arts center in Singapore's Downtown Core close to the mouth of the Singapore River and a statutory board under the Ministry of Culture, Community and Youth (MCCY). Its construction cost a whopping $600 million, and it bears the name of the surrounding Esplanade Park. It comprises of a concert hall with a capacity of 1,600 people and a performing arts theater with a seating capacity of 2,000 people.

It's been claimed that the distinctive architectural style resembles either the eyes of a fly or the tropical fruit durian. As a result, the structure is known to locals as "the big durians." 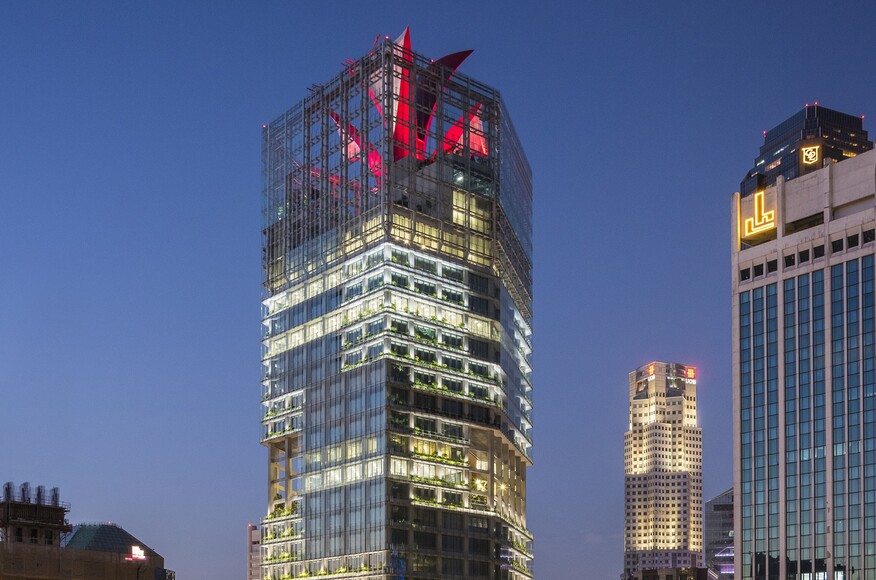 CapitaGreen, situated in Singapore's Raffles Place, is one of Singapore's tallest skyscrapers, standing at 245 metres tall. Completed in 2014, this $1.26 billion property was built by Toyo Ito.

With a façade made of living plants, the CapitaGreen building was created to look "like a plant growing towards the sun." The "Sky Forest" rooftop garden features 40 distinct species of trees and shrubs. A windcatcher structure that is 45 meters high and shaped like flower petals is part of the rooftop garden. With its artful integration of nature with modernity, CapitaGreen was awarded the 2015 CTBUH Skyscraper Award for Best Tall Building in Asia and Australasia. 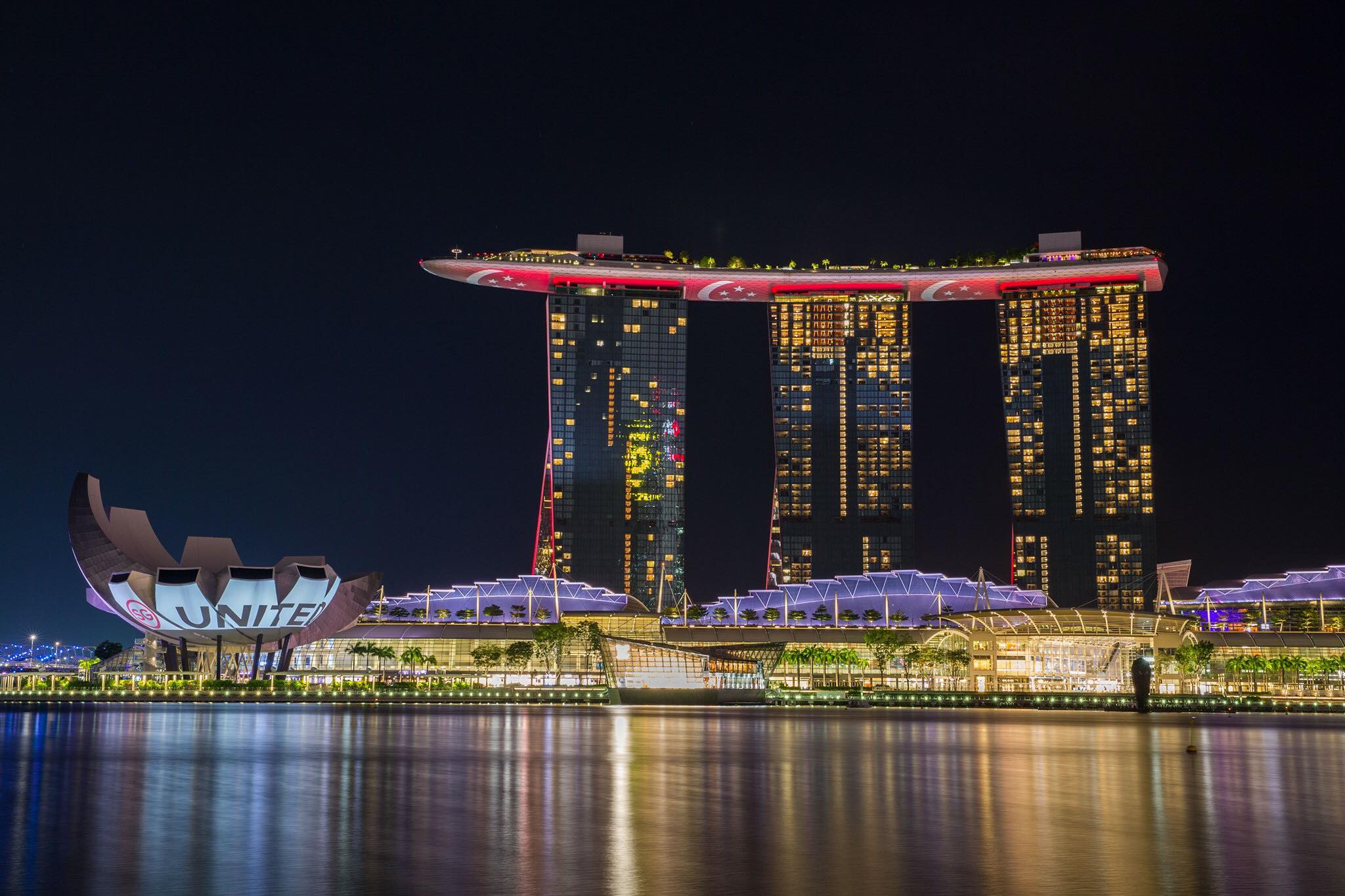 Marina Bay Sands is home to a stunning casino | @mothership

The Marina Bay Sands Hotel is the most expensive building in Singapore, constructed using an astonishing $5.7 billion.

The complex includes three towers topped by a connecting 340-metre-long SkyPark with a capacity of 3,902 people and a 150 m infinity swimming pool, set on top of the world's largest public cantilevered platform, which overhangs the north tower by 66.5 m. The hotel was designed by Moshe Safdie architects, who were also part of other iconic structures like Jewel at Changi Airport.

The top 5 most expensive buildings in Singapore are all iconic and luxurious. From the Marina Bay Sands to the Fullerton Hotel, these buildings are marvels of architecture and engineering. They are definitely worth a visit for anyone who wants to see some of the best that Singapore has to offer.