The Art of Symmetry in Architecture

Symmetry occurs when there is congruence in dimensions, due proportions and arrangement. It provides a sense of harmony and balance. In Mathematics, symmetry can be explained as an object that is invariant through any geometric transformation such as reflection, rotation or scaling. Mathematical symmetry can also be explained as the passage of time, a spatial relationship and an aesthetic element found within abstract objects, theoretic models, language, music and even knowledge itself. Symmetry can be seen from three main viewpoints – mathematics; especially geometry, science; nature and in the arts encompassing architecture, art and music.  Symmetry is the direct opposite of asymmetry. 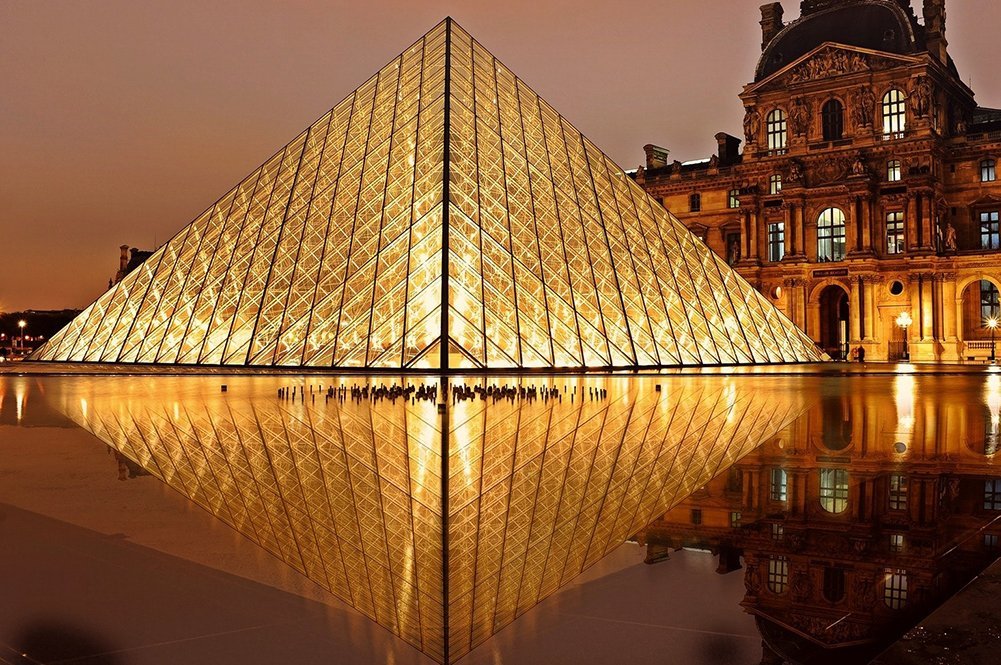 Symmetry seeps into every facet of architecture. It is present everywhere, from ancient landmarks such as the Pantheon in Rome and New York City’s Empire State Building, through the blueprints of individual floor plans and right up to the design of specific building elements like the tile mosaics. Examples of the extensive use of symmetry can be seen in the structure and ornamentation of Islamic buildings like the Taj Mahal and the Lotfollah mosque. Moorish buildings such as the Alhambra are embellished with intricate patterns weaved from translational and reflection symmetries as well as rotations.

The Taj Mahal in Agra, India

As with any compositional art, architecture relies heavily on symmetry. Symmetrically positioned architectural compositions transcend cultures and time periods. There are countless forms of symmetry, many different types of architecture and a myriad of ways to view the design. Distinguishing the various forms of symmetry in a two-dimensional composition is relatively straightforward. The identification of symmetry types in a three-dimensional object is much trickier since we tend to change our perception of the object as we move around it. This goes to show that architecture provides us with an opportunity to experience symmetry as we see it. This is made possible through two distinct components of architecture – solid and void. The substantial part of an architecture is one in which the layperson is most familiar with. For example, most structures are categorised by the nature of its elements. We can identify a Greek temple by its portico and pediments, while pointed arches and flying buttresses characterise a Gothic cathedral. These details thus contribute to the solid component of the architecture. Likewise, these solid elements constitute an envelope around what we experience when we navigate a building and is known as the void. It is the work of an architect to shape this void such that it becomes the theatre of all actions inside the building. In here, symmetry exists in the form of experience within an architectural space.

Bilateral symmetry is regarded as the most common form of symmetry in architecture. It is found in all cultures and eras. With bilateral symmetry, the composition mirrors one another. A famous example of bilateral symmetry can be found in the façade of the Pantheon in Rome. The same symmetry is also present on an urban scale, as evident in the design of the Praça do Comércio located in Lisbon, Portugal. There are three urban elements to the structure wherein symmetry is visible through a long horizontal axis governing our visual perspective. They are, a principal public square, a monumental gate and the wide commercial street beyond the gate. The popularity of bilateral symmetry is likely credited to the fact that it reflects our experiences with nature, more importantly, what we experience with our bodies. Since many cultures believe that God created man as an image of himself, architecture has similarly created an image of man. However, not all bilateral symmetry is of equal value in architecture, as dualism in architecture is traditionally avoided. The temples of ancient Greece, for one, were always built with an even number of columns so that a column on the central axis of the façade would not need to exist. The avoidance of the dualism by classical architects has its roots in the ambiguity, often associated with the number, two, from the time of Pythagoras. The latter was regarded as a female number that could be divided into two thus rendering it an untrustworthy number. On the contrary, the number three was a male number, which could not be equally divided into halves. The modern architectural theory also considers dualism to be a “classical and elementary blunder” linked to the “amorphous or ambiguous”. Despite that, the argument against dualism does hold weight in architecture. This is exhibited in the 14th-century Orsanmichele in Florence. The monument comes with an oratory on the ground floor and a granary on the second. The oratory has an unusual two-aisled plan consisting of two altars. This poses a dilemma to individuals as one is forced to decide on which altar to stand in front of. The architect typically makes this decision for the audience by placing one altar in the centre. Hence dualism in architecture remains a struggle for both the audience and the architect. 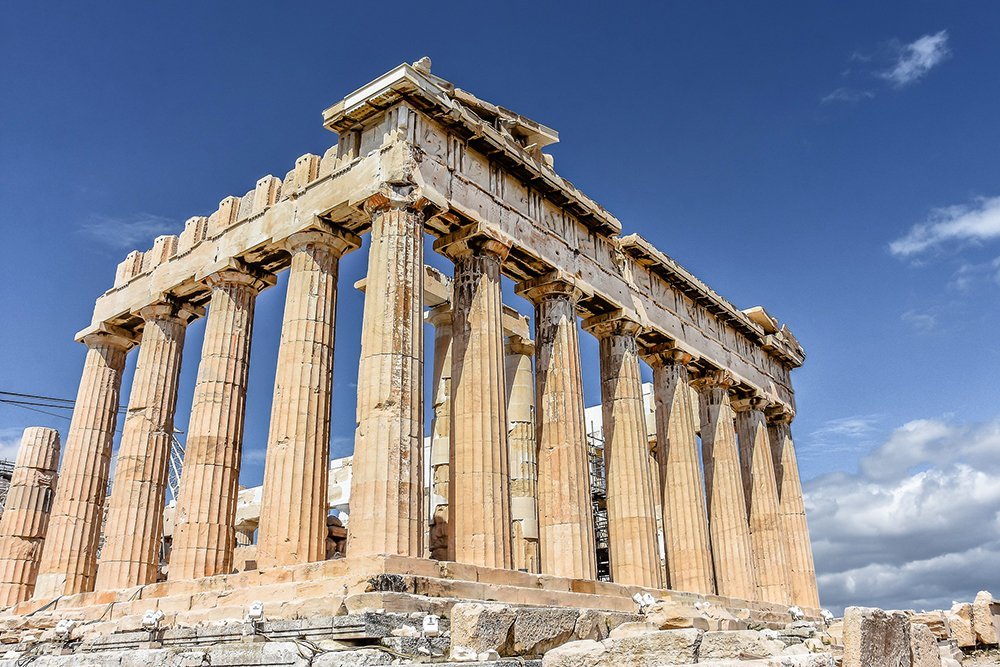 The Parthenon on the Athenian Acropolis, Greece

Rotation and reflection is another style of symmetry. It is known to contribute to the movement and rhythm of architectural elements and emphasises on the central point of the architectural space. The Basilica di Santo Spirito in Florence, Italy, is designed to have an octagonal shape while both the architecture and pavement is distinctively designed to be rotational and reflectional. Most domes including the hemispherical-shaped rotunda found in the Pantheon and the octagonal cupola of the Florence Cathedral also manifest rotational and reflection. 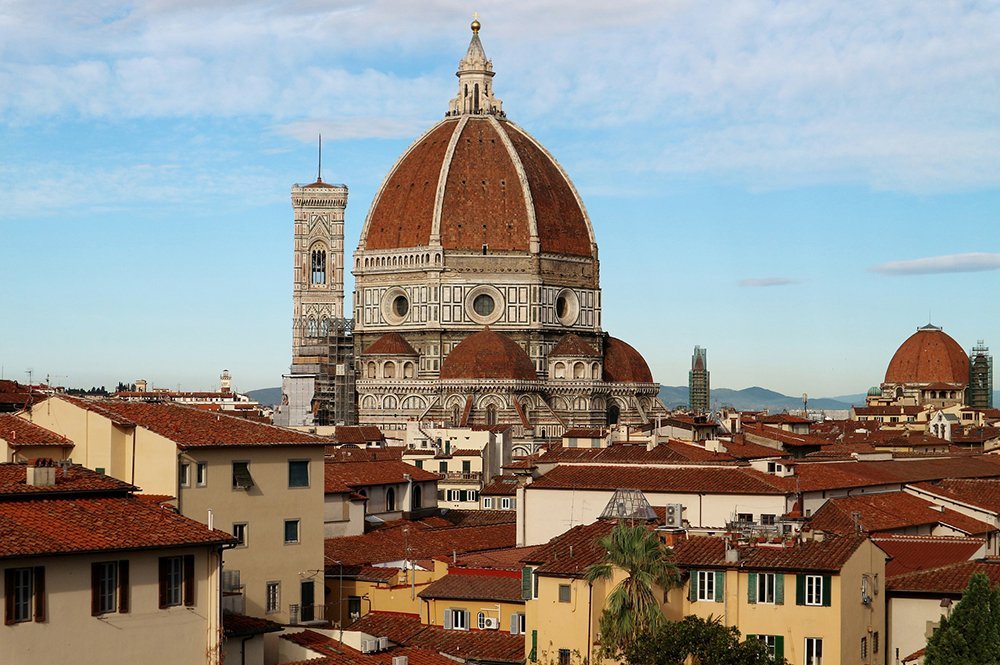 Cylindrical symmetry, when found vertically in towers and columns, evokes a sense of resistance towards gravity. There are rare examples of spherical symmetry in architecture as it is challenging for architects to implement it in their designs. This is because we move about on a horizontal plane. This form of symmetry can be gleaned in the cenotaph designed by Etienne-Louis Boulée for Isaac Newton in 1784.

Chiral symmetry might not be as popular as other types of symmetry although it is often used effectively in architecture. Chiral symmetry is when two objects mirror each other without being superimposed. For example, the two opposing colonnades surrounding the elliptical piazza in front of St. Peter’s exhibit chiral symmetry. A more subtle form of chiral symmetry evinces itself in the two leaning towers of the Puerta de Europa or Gate of Europe in Madrid designed by architect Burgee in collaboration with Philip Johnson. Chiral symmetry can be used to place visual emphasis on the significant element of a composition. In this case, the two inclined towers of the Puerta de Europa are used to draw attention to the broad boulevard that passes through them, constructing a “gateway to Europe” as per its title. 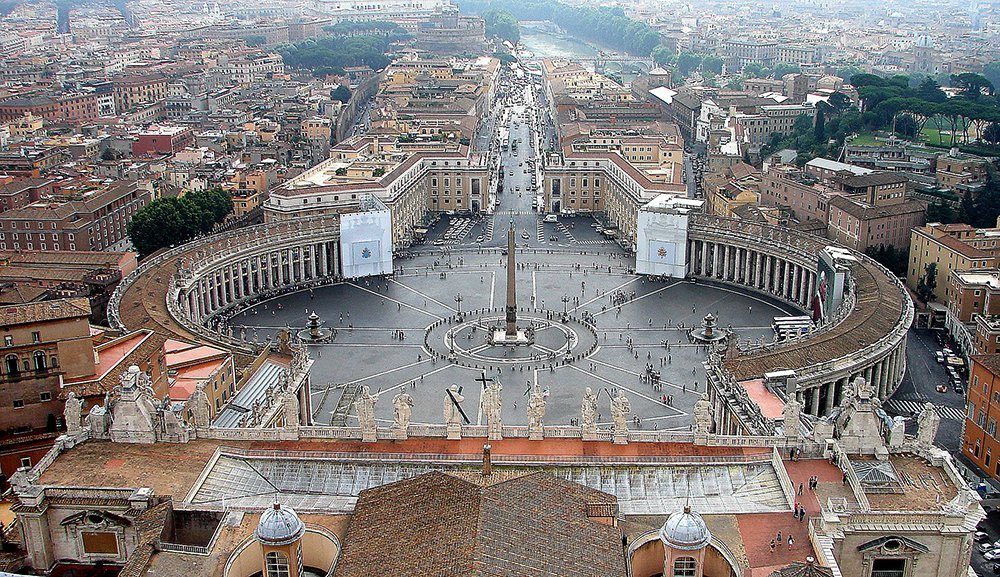 Similarity symmetry is influenced by fractals. It is found when repeated elements change in scale without changing shape. An example of similarity symmetry is seen in the nestled shells of the Sydney Opera House, designed by Joern Utzon in 1959. The shells differ in size and inclination to form a segment of a sphere, although the shell-shape remains unchanged. Similarity symmetry can also be applied in less obvious situations. American architect Frank Lloyd Wright borrowed this method when designing the Palmer House in Ann Arbor, Michigan during the early 1950s. In here, Wright selected an equilateral triangle as a planning module before duplicating many levels and sizes to organise the design of the house. This shows that similarity symmetry can create a high degree of order within an architectural model regardless of how visually apparent they are by lending unity to a composition.

Spiral or helical symmetry can be categorised as a unique form of similarity symmetry. Helixes and spirals often communicate continuity in architecture. This is manifested in spiral staircases whereby the entire form denotes a sense of flow in the space from one level to another throughout the building. Frank Lloyd Wright incorporated the helix into his 1946 design of the Guggenheim Museum of New York. The exterior of the building takes on the form the giant helical ramp found in the interior. The gallery spaces are situated along one side of the ramp. Museum visitors will take the elevator to the top floor of the gallery then descend to the ground level in a spiral-like manner, admiring the displayed art along the way. This piece of architecture has undoubtedly expressed spatial continuity through the use of a helical ramp. 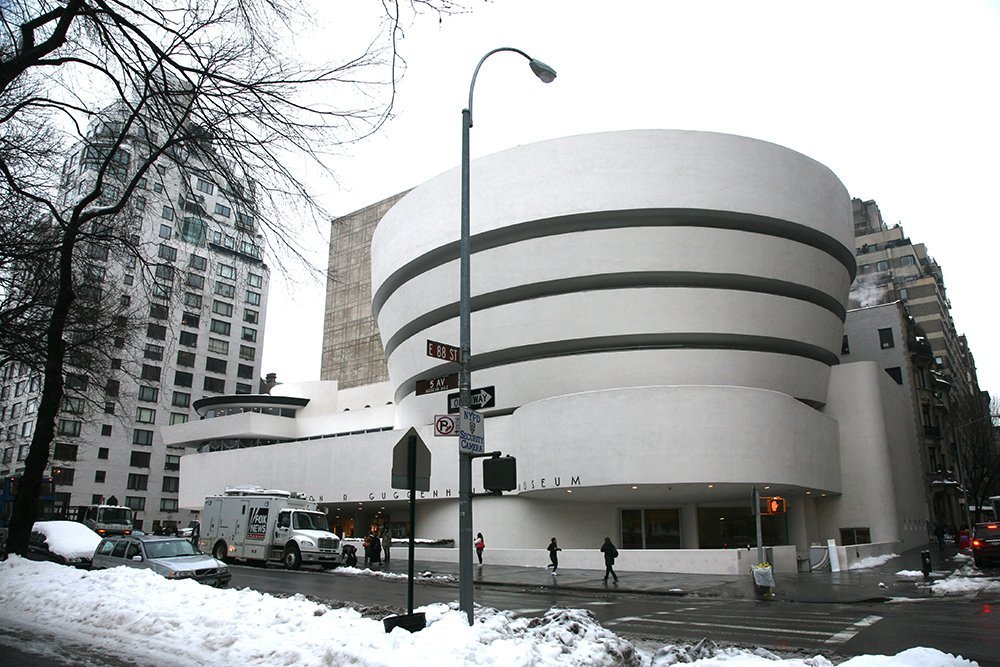 The Guggenheim Museum of New York

Translational symmetry is the second most common type of symmetry after bilateral symmetry. Translational elements arranged in one direction are either placed within the rows of soldier-like columns or in the arches of an aqueduct in a sequential fashion. Translation of elements in two directions can be found in the wallpaper-like patterns on the curtain wall façade of many present-day structures. Translational symmetry can also include the duplication of entire pieces of modern buildings although people lament that this style is boring or monotonous. There are three excellent qualities exclusive to translational symmetry architectures – the longest, the broadest and the tallest.

Roman architecture is characterised by a strict axial symmetry that gives rise to spaces, which are monumental and static. They embody a sense of equilibrium over the feeling of dynamic movement. This is evident in the symmetrical relations of the Roman basilica, a secular building type used as a court of law. The structure is of a rectangle shape, with an apse present on each end of the primary axis and doorways located on each end of the major axis. Architectural elements are positioned such that similar elements always appear opposite from one another – apse to apse, column to column and doorway to doorway. A sense of balance and equilibrium in the architecture is further perceptible through the remains of the pavements used in basilicas. They are frequently based on patterns typical with translational symmetry in two directions, rather than a dynamic symmetry type like rotation. The same static arrangement of architectural elements is mirrored in the rotunda of the Pantheon. The plan in here is a circle, eight reflection planes as well as one four-fold axis of rotation. Symmetry is once again found with the apse-to-apse, aedicule to aedicule, niche to niche and column to column setting of the rotunda. The strict axial symmetry in this scenario hence solidifies the characteristic of Roman architecture as one with a sense of equilibrium.

The legalisation of Christianity in the fourth century, however, led to Christian architects rearranging the Roman basilica to meet their own ecclesiastical needs. They removed the entrances from the minor axis and replaced them with a single door on one end of the primary axis. They also placed an altar in the remaining apse. Hence the symmetry of the Roman basilica was significantly altered such that only a single reflection plane and no rotational planes were left. This was, however, in line with the bilaterally symmetrical plan of the Christian basilica.

Human beings are equipped with a highly sensitive perception towards symmetry. We can detect the aspects of symmetry and quickly discern them in symmetrical forms. Above all, symmetrical patterns showcase the perceptual value of the symmetrical axis. 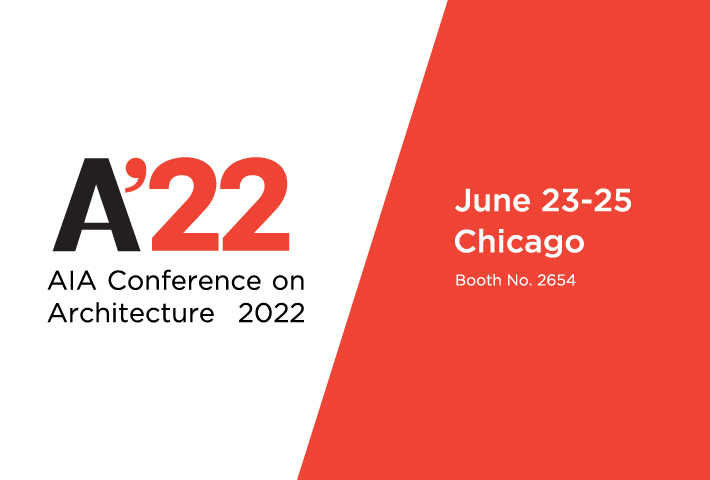 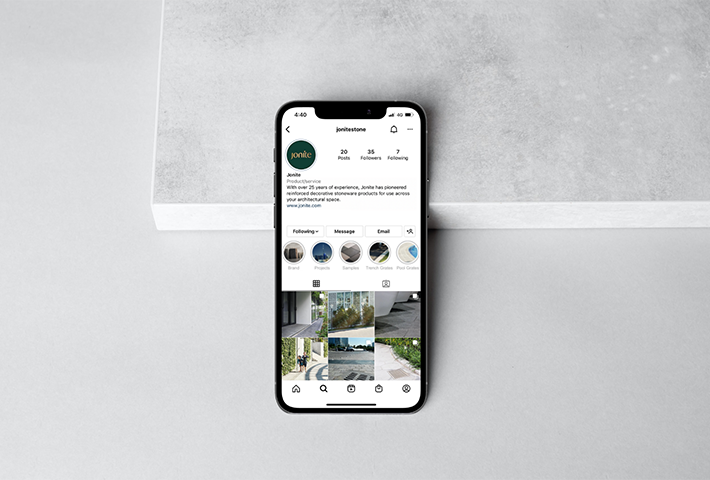 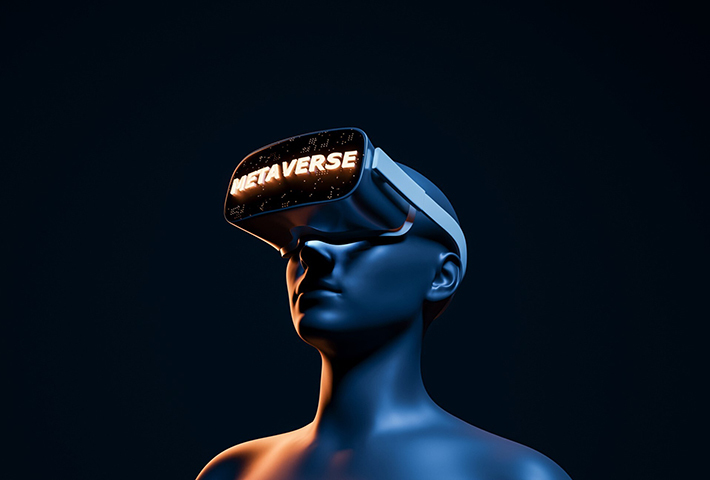 What Is The Metaverse And Why Should Architects Care? 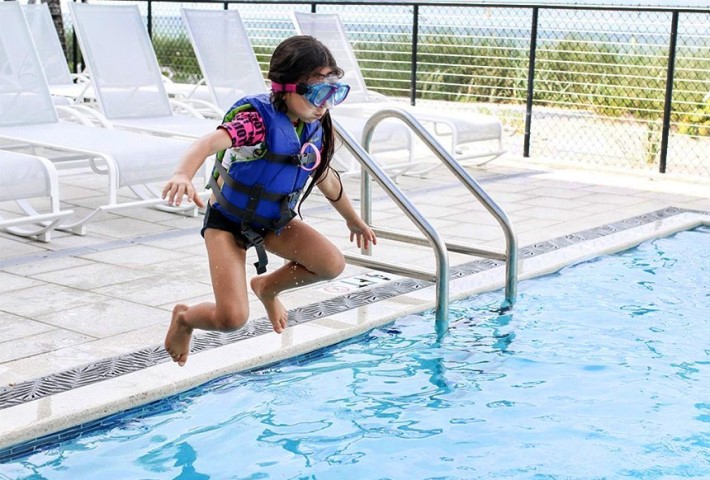 How to Drain a Pool of Any Kind 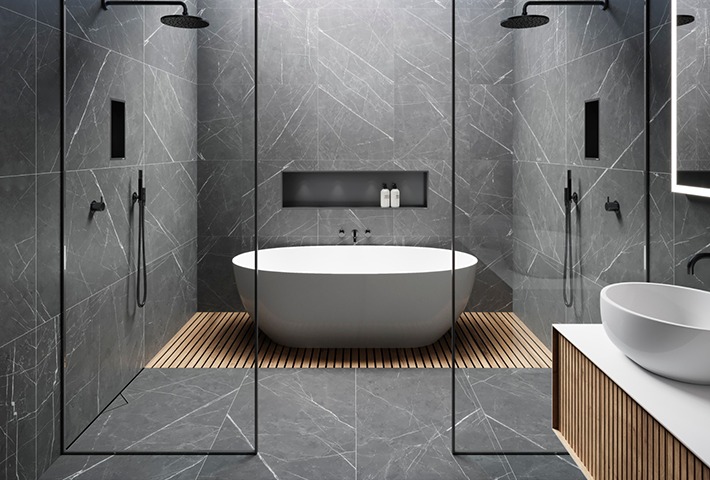 4 Ways to Design a Modern and Beautiful Bathroom Using ESS 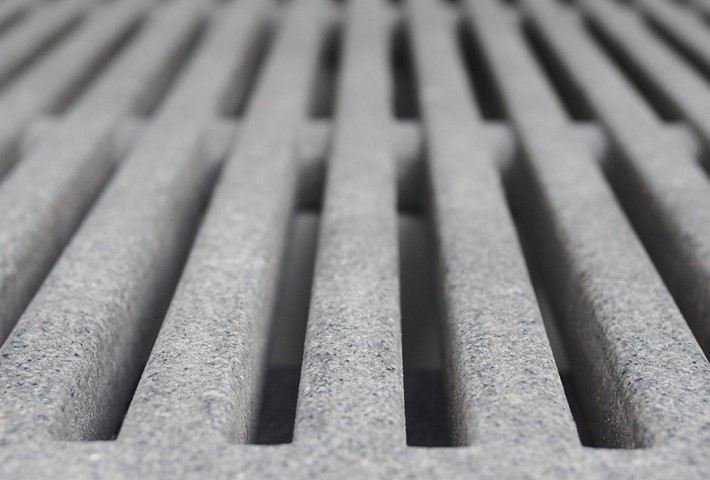 Understanding the Function of Your Vent Covers 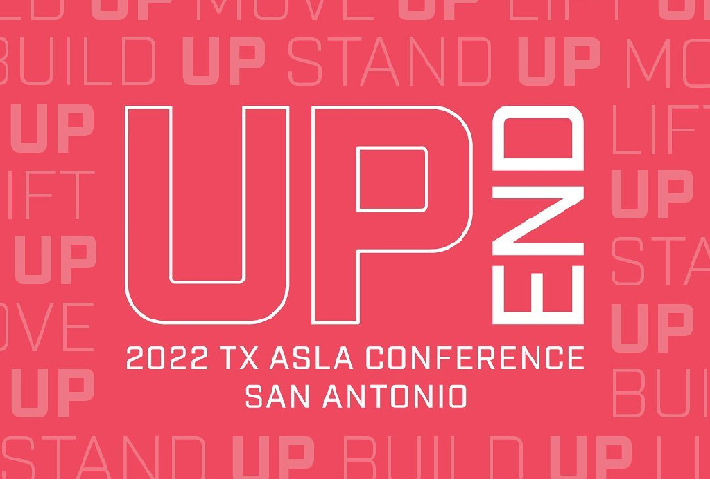 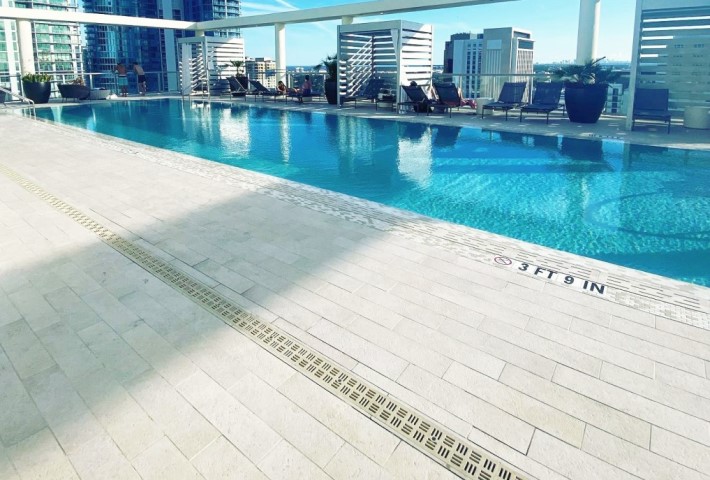 What Is a Trench Drain System? 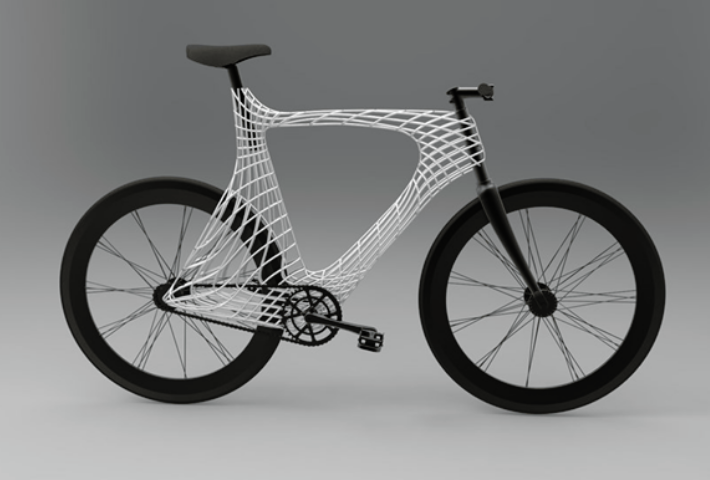